The snail-paced Internet speed users in Vietnam have been suffering since Thursday is not brought about by a submarine cable cut as widely thought and it will take three weeks, or a month at worst, for repairs.

Leakage power has been identified as the cause of the incident, which occurred at 5:27 am off the southern Vietnamese province of Ba Ria-Vung Tau, according to VNPT-I, the international unit of leading telecom VNPT.

The leakage was identified on the section between the Vietnamese province and Hong Kong in the Asia – America Gateway (AAG) system, which links Vietnam and the U.S.

It was earlier reported that there was yet another break in the system, infamous for at least four other ruptures over the past year.

But VNPT-I said leakage power is the culprit, adding it had “taken immediate action to identify the issue” and contacted relevant agencies to develop a repair plan, which however could not be carried out quickly.

“Cable repairing ships must be deployed for such a task but they are now busy fixing many other issues in the region,” the company said, adding it is calling for ship operators to prioritize repairing the AAG error.

The tentative schedule for repairs is from May 6 to 11, according to VNPT-I.

Military-run mobile carrier Viettel said it could take as long as a month because repairs depend greatly on weather conditions, which are obviously unpredictable.

The weeks-long tentative repair schedule is in fact no big surprise as several previous cases of the seemingly delicate cable system too took similar time to fix.

Ruptures have occurred to the AAG cable system four times on different sections since 2014, with one break hitting the cable in January this year.

In all cases, Internet connection to overseas servers of all service providers in Vietnam was affected, slowing down the Internet speed of their subscribers whenever they utilize services hosted abroad.

Users of domestic services, however, are unfazed by the incidents.

VNPT-I and FPT, an Internet service provider, said they have prepared back-up plans to ensure Internet quality for customers, whereas Viettel said its subscribers are unaffected.

The country also links its connectivity with cable systems in China, Laos, and Cambodia.

Internet traffic in Vietnam, however, is greatly affected whenever the AAG cable ruptures, as the system has the largest capacity out of the four, according to an official from FPT.

But good news is a new submarine Internet cable system is slated for launch next year, according to local service providers.

VNPT, Viettel, and FPT are reportedly participating in a trans-Asia Pacific cable system that will connect Asia with the U.S. and is scheduled to go online in 2016. 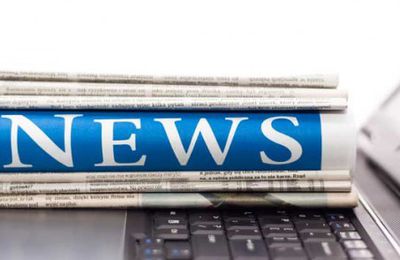 See the profile of Trương Trung Thịnh on the Overblog portal English, Newspapers in English
Cause of Vietnam’s snail-like Internet speed identified - repairs to take a month

hình ảnh sưu tầm Internet The snail-paced Internet speed users in Vietnam have been suffering since Thursday is...